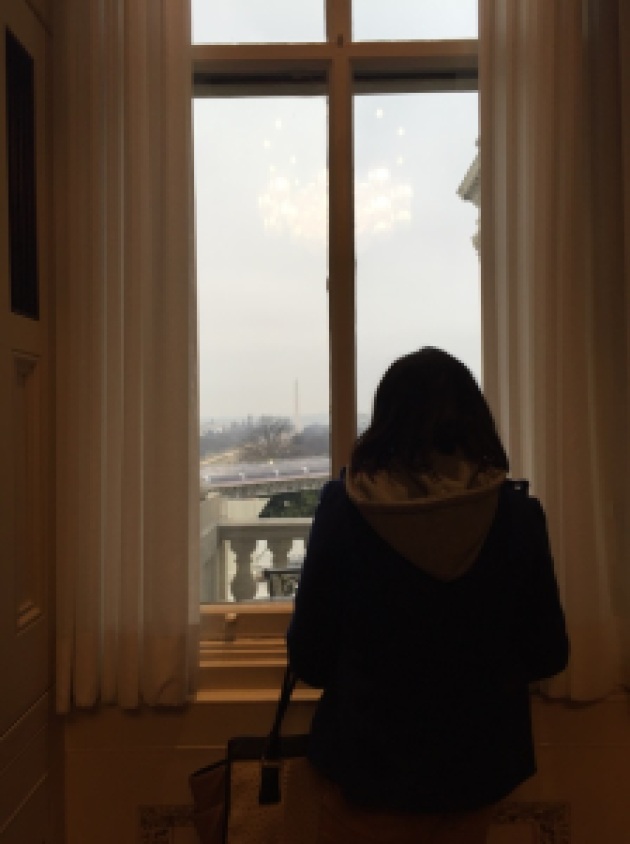 Hey, hi, hellooooo! I received so much feedback from my last WSP recap, that I figured I should post some more experiences with you all! I think I’ll be doing these every two weeks – I would say once a week but honestly, sometimes I just…don’t wanna! haha But anyway, where to begin?

We began our week with a trip to The American Press Institute to meet with Tom Rosenstiel, the director of the snazzy place (and I would hope so since it took so LONG to get there.) He’s also the co-author of “Elements of Journalism” – a book many journalists (such as my Professor Lee Ivory) consider their “bible.”

We had a great discussion about where journalism is heading and why its values should be protected along the way. He was really engaging; he asked us all what are interests were and where we’re interning. Maybe I’ll come back and share the goods!

On Monday afternoon, we went to the Senate Press Gallery!

We talked to John Mulligan, the assistant director of the Senate Press Gallery. He and my professor, Gil Klein, both covered Congress!

At our time there, we discussed how the gallery works, who is allowed to get press credentials, how the make up of the Capitol Hill reporters has changed (basically how they now include bloggers!) and what that means to journalism jobs, and how to go about covering Congress.

We went in the Senate chamber, had a tour of the Capitol and ended up in the House chamber where we can talk about how covering the House is different from the Senate.

I’m not even into politics like that but I have to admit, it was pretty cool. I especially loved the architecture of the place! Can you tell? 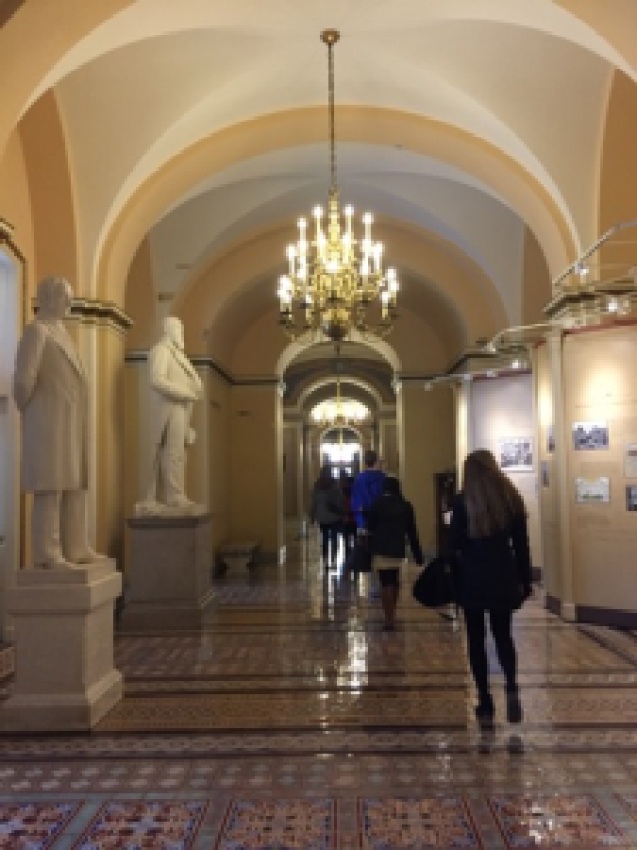 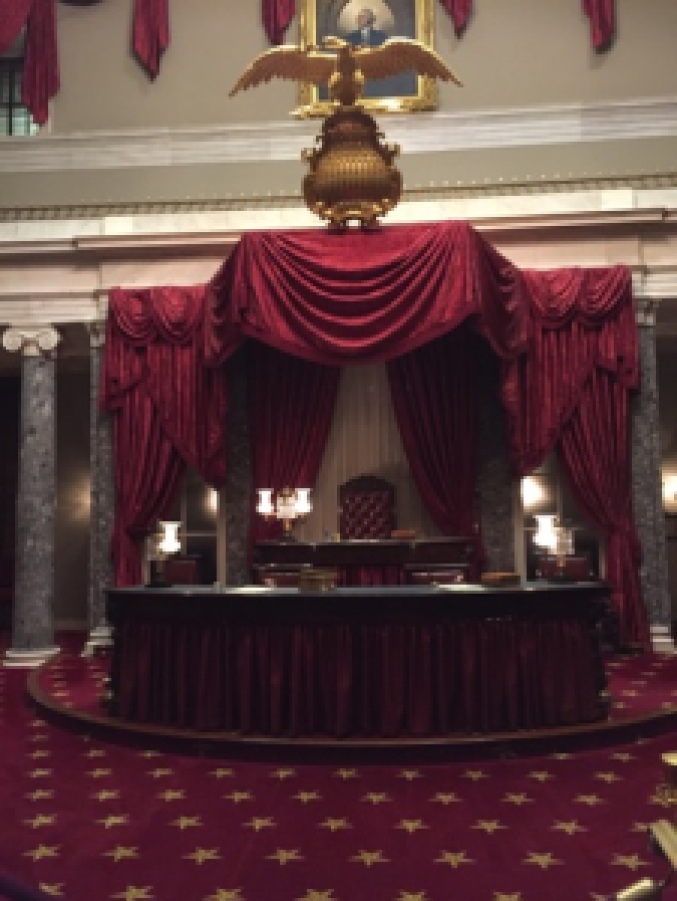 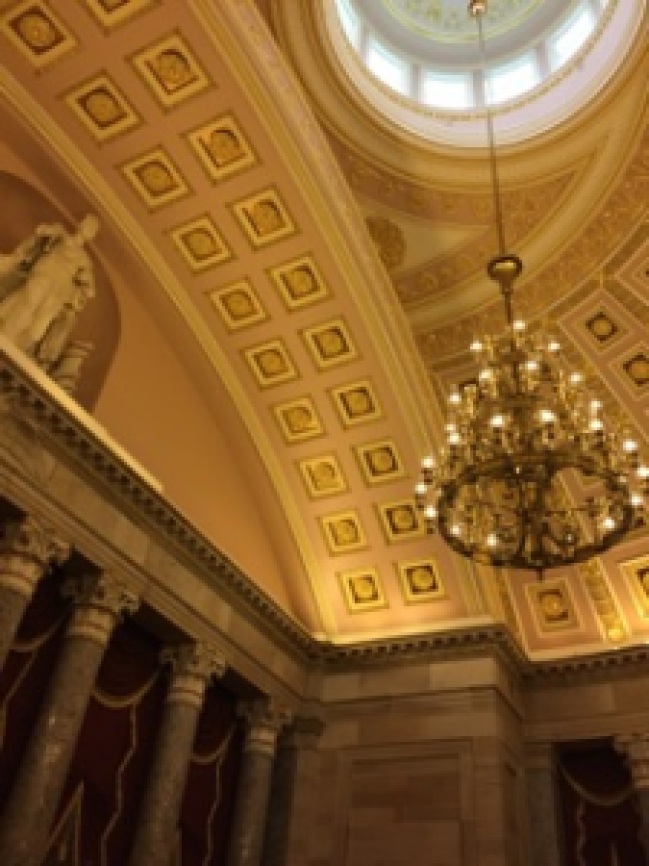 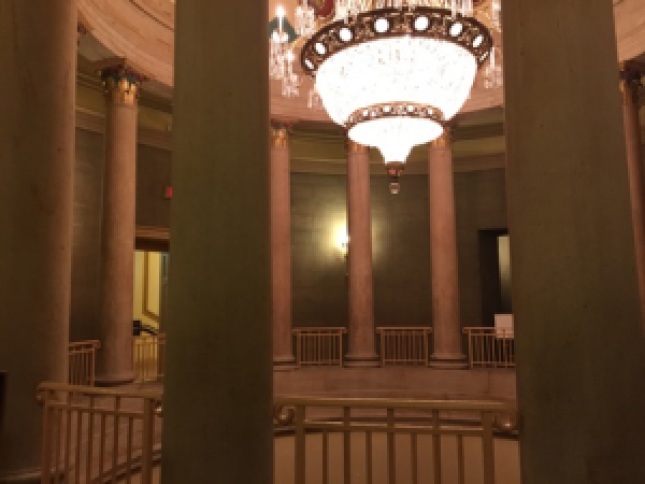 We had another class session at the National Press Club. This time, we met with Donna Leinwand Leger, who is the crime and disaster reporter for USA Today. We mostly talked about her coverage of the devastating earthquake in Haiti. 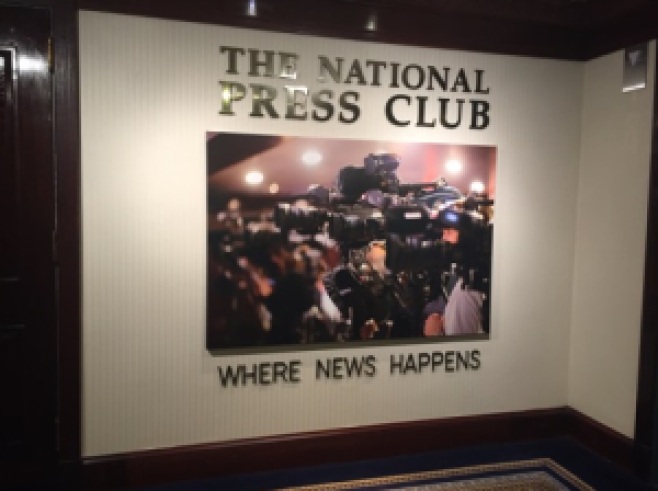 We had a break  for lunch so a couple of friends and I grabbed something to eat at a Smithsonian Museum! It was the human life one haha forgot what it’s called.

There were many exhibits that we got to see. The food themed one was one of my favorites 😉 Check them out! 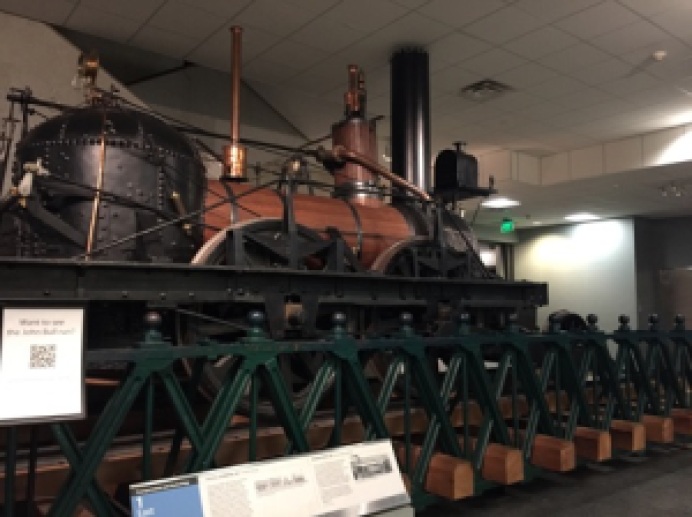 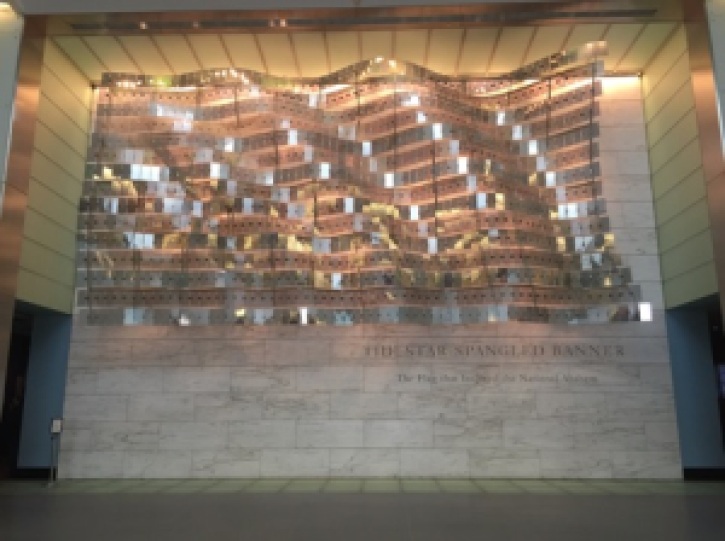 This dress was worn for strolls in town! Haha can you imagine women doing so today?! 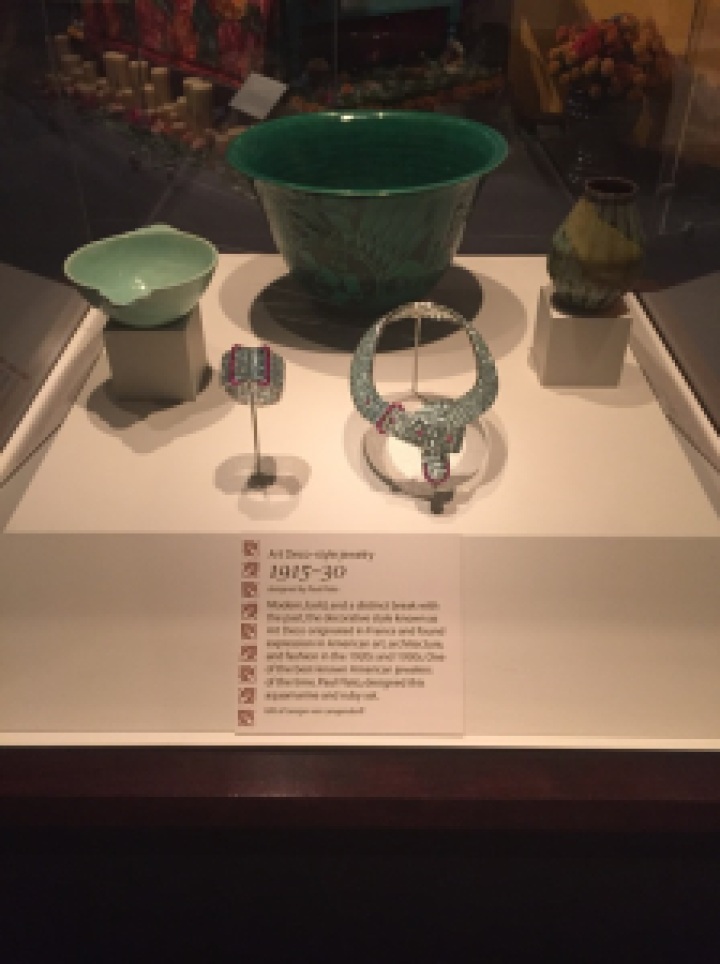 The original red heels of Dorothy of Oz! 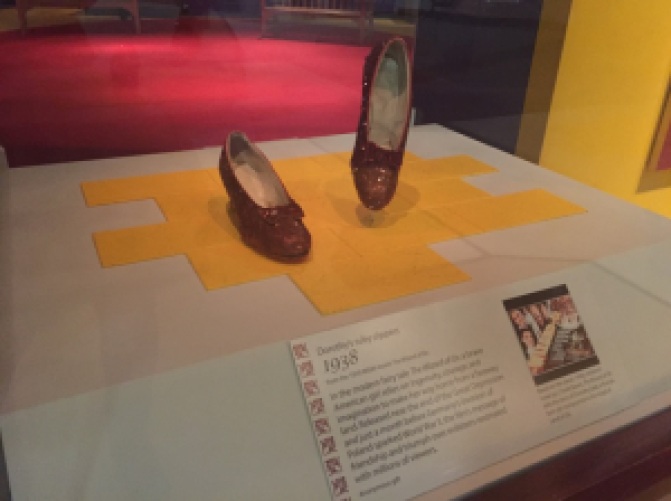 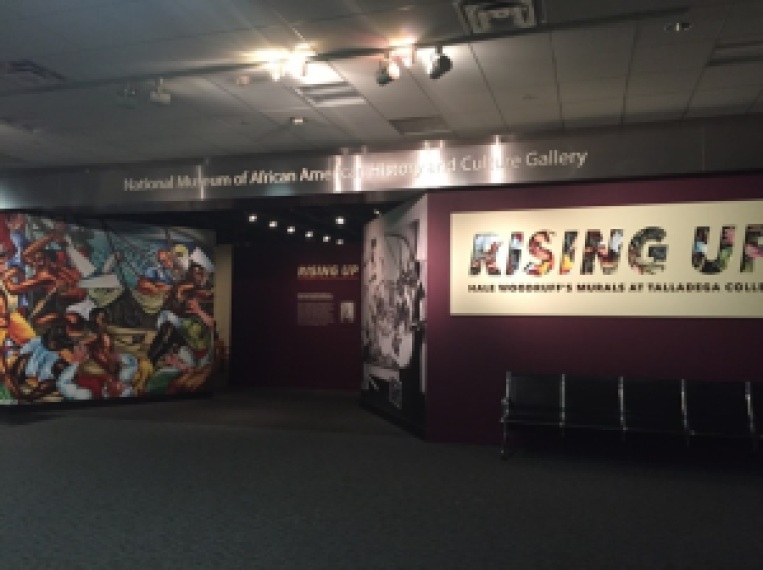 Onto week two! I didn’t take much photos so I’ll just say quickly go over what I did.

On Monday, we went back to The Washington Post but this time we met with Matt Schudel, an obituary writer. At first, I was like: Whoa, morbid. But I actually enjoyed hearing about his job. He explained that it’s not about writing of the dead; it’s about writing how they lived. Deep stuff, huh? 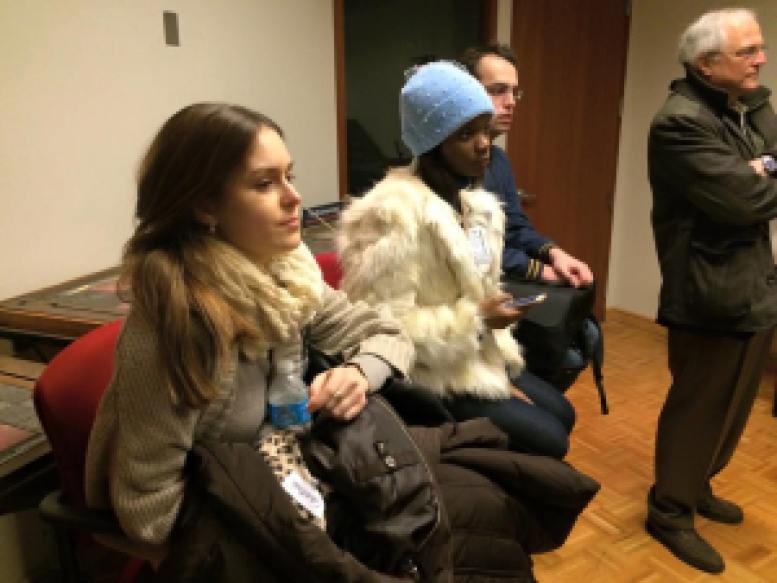 Later, we made it back to campus for a lecture with Steve Taylor, a Washington Reporter at the FOX News Radio Network. He gave us a lesson in how to write for broadcast outlets and even provided the PowerPoint for us so that we may refer back to it whenever.

That night – it snowed and snowed and snowed. Tuesday morning, my class went to go see General Eric Holder speak on criminal justice. I wasn’t feeling my best and since many forms of transportation was down, I figured it just wasn’t meant for me to go.

But boy do I wish I went! Lesson to you future Washington Semester Program students and to students in general, even when you’re not feeling your best and there’s been a snow storm to make it worse, still GO haha!

See ya next time.